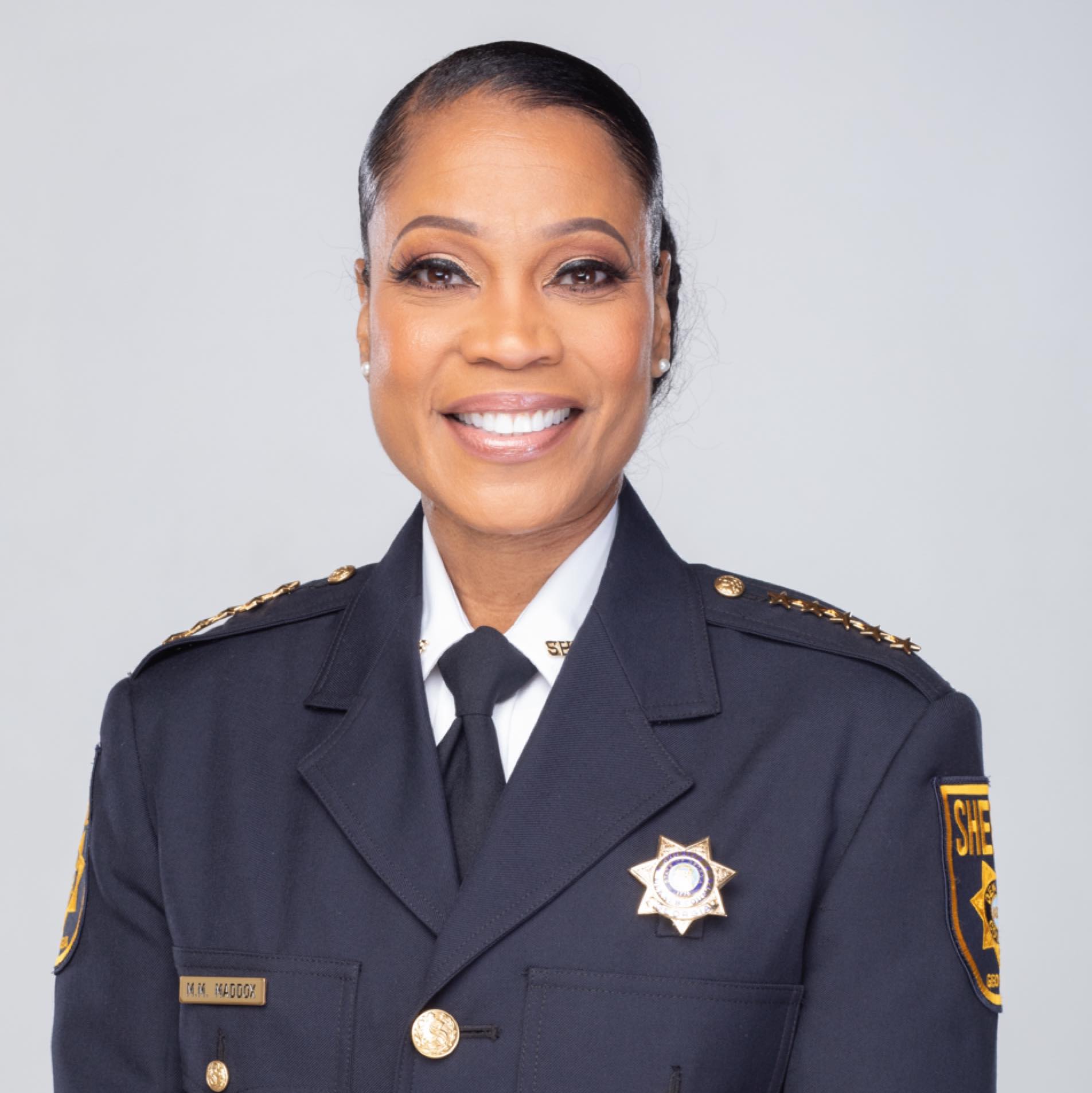 Sheriff Melody M. Maddox became the county’s 50th sheriff on December 1, 2019. In 2019, Sheriff Maddox joined the DeKalb County Sheriff’s Office as Chief of Administration. On July 1, 2019, she was promoted to Chief Deputy. The position is the highest-ranking non-elected position in the agency and it is responsible for the planning and administration of the jail, courts, field, and training operations. In November 2019, then-Sheriff Mann retired and appointed her to serve his unexpired term. Sheriff Maddox earned her Bachelor of Arts degree in Sociology from Morris Brown College, an MSA degree in General Administration from Central Michigan University, and her master’s degree in African-American Ministries from the Newburgh Theological Seminary/Newburgh College of the Bible. She is a graduate of J. E. Brown High School.

The DeKalb County Sheriff’s Office is committed to its constitutional authority to effectively and efficiently manage the jail division, court services and serving of civil and criminal processes. We espouse ethics, honesty, openness and fairness in our professional and personal lives. We value respect, honoring the rights and dignity of each person we are called upon to serve.

Are you interested in law enforcement? Did you know you can have a full-time career and still be a full-authority police officer? The DeKalb County Sheriff’s Reserve Division consists of volunteers, many with full-time or part-time careers who donate their time as state certified police officers…Learn More